Day 22: Have you ever stricken someone off your to-knit-for list because they didn’t appreciate/take care of your last knitted gift to them?

Ohhh. That’s a tough one but no, not really. There are people I probably won’t make anything else for any time soon, but it’s not because they did something to warrant banishment from the handknit bounty. It’s more because not everyone has a passion for handknits, and that’s okay. I very well might knit something for them at some point, but I would tend to keep them rather more light in the rotation. There’s something very rewarding about knitting for people who are thoroughly knitworthy, so I would tend to knit things for the people like that in my life more often.

The nanny/babysitter who takes care of my daughter falls into that category. She has consistently shown such non-pushy enthusiasm for my knits that I just naturally tend to want to make things for her and her daughter. It helps that her daughter, a real pistol, is about 12 months and ridiculously cute. She’s been the recipient of a number of test knits that I’ve done. 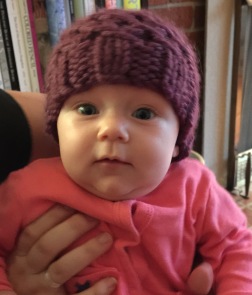 She doesn’t stay still long (at all) so it’s hard to get pics, but she recently modeled my Knight’s Helmet Hat, too. 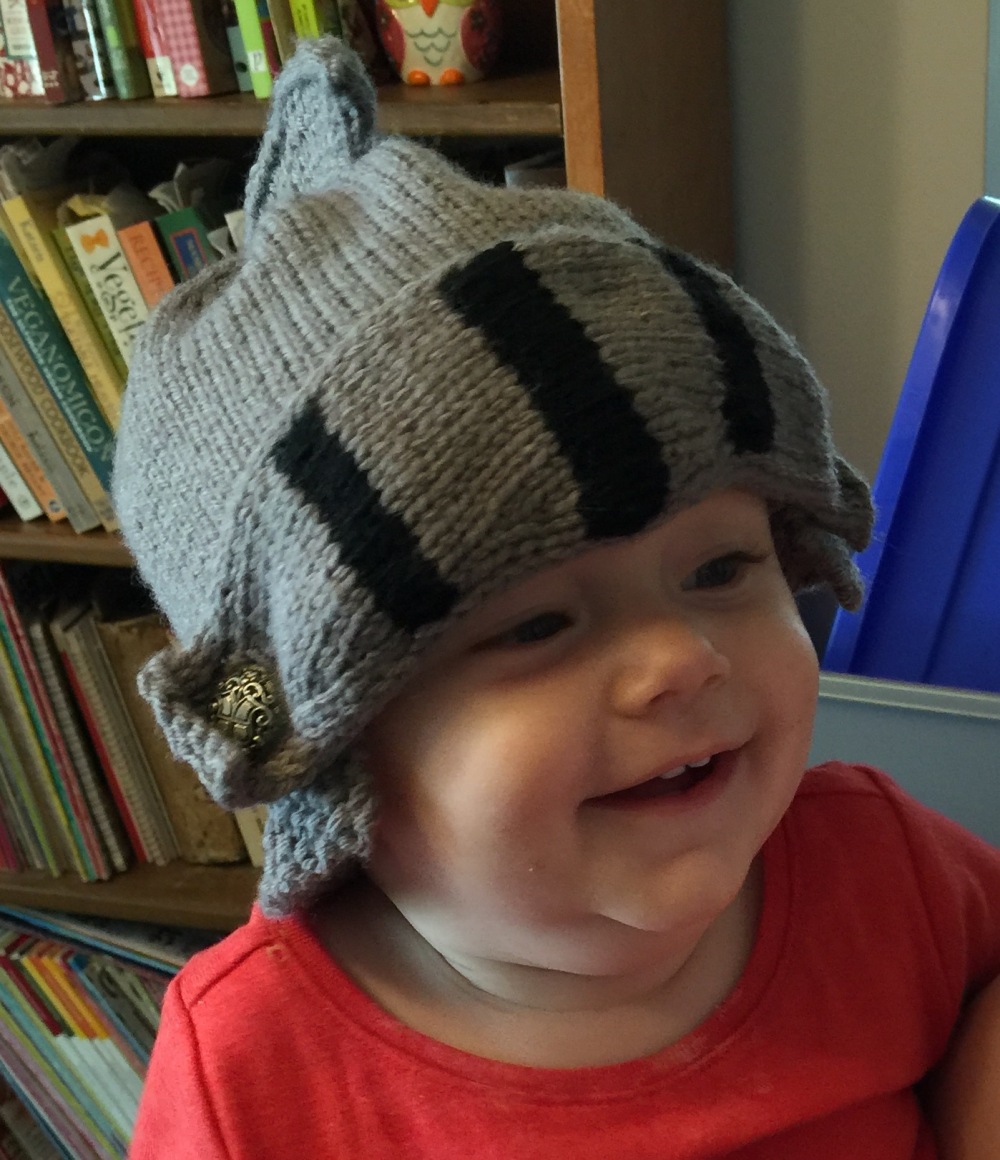 I while back, I offered her (the mom) a choice of things that I had made. I didn’t know her tastes well enough to choose for her. I had a couple of hats and a scarf on hand. As testimony to her good taste, she looked for about a half a second before choosing one of the loveliest things I’ve made: 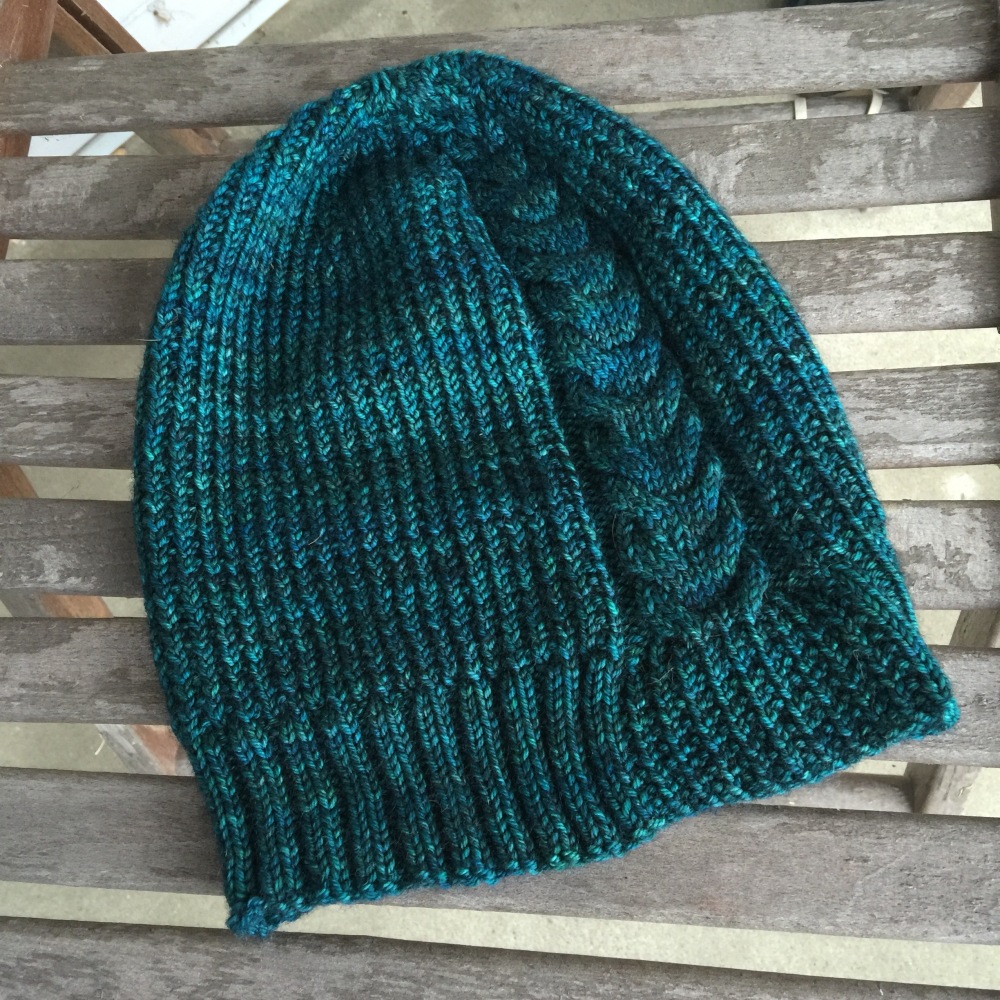 That is my Wayfarer Hat test knit by made from madelinetosh Tosh DK. It’s a great pattern by Carol E. Herman. I love the textural symmetry between the cables and the rib, and between the rice stitch on the crown and on the band under the cables. It works well in the Tosh DK. The high twist gives it good stitch definition and the color just defies explanation. It’s so deep and layered. And, it’s soft and silky and just a little bit crisp to the touch. I love it and I wanted it to go to someone who would really appreciate it. I’m so glad it did!

I somehow manage to keep answering different questions than the ones that were asked! My blog, my prerogative, right? In any case, my posts have really helped me to reflect on some of my knitting practices and past projects. This challenge has been a lot of fun so far. What about you? Do you have a No Gifting list? Or do you spread your knitting babies around with abandon and trust that they’ll be loved?

The 30 Day Knitting Challenge is the creation of Meggiewes who blogs at Knitting in Wonderland.